"Federal, state, and local regulations prohibit sediment-laden water from leaving a construction site or from entering drainage systems, surface water, or ground water"
- from the City of Kenmore "Erosion Control Posting Notice"
It is so frustrating to see a blatant disregard for the erosion control measures that are required on construction sites. There is a perfect example of this right down the street from where Little Swamp Creek passes under 192nd street - 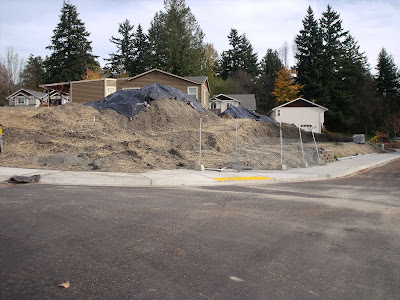 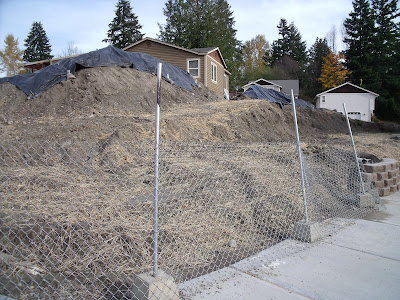 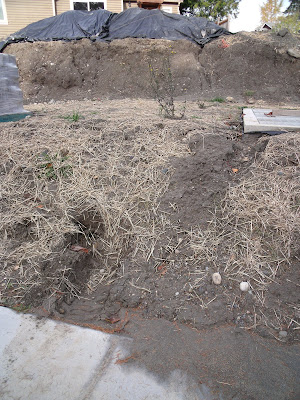 At one spot, runoff flows off the front of the site and onto the sidewalk... 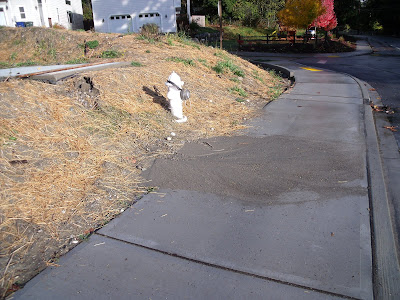 ...off the sidewalk and into the street to a gutter drain.
At this point I would like to point out that the minimum requirement for mulch is a thickness of 2" at any spot. This site has a ridiculously light sprinkling of straw mulch, as seen in the photo above, and some plastic tarps on dirt piles. The tarps were blown half off the piles by recent winds. 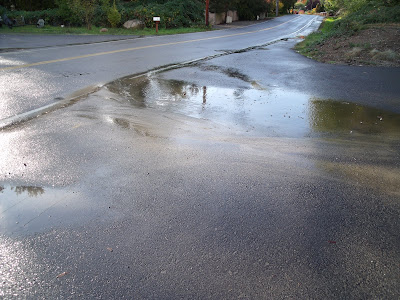 Muddy runoff also flows down the cul de sac road and onto 192nd... 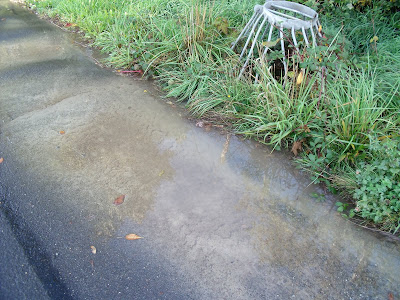 ....where it drains right into this storm drain that goes under the street and into the northern boarder of Wetland #3.
To make this situation even more frustrating, this is what it looked like over a year ago. Obviously nothing has improved - 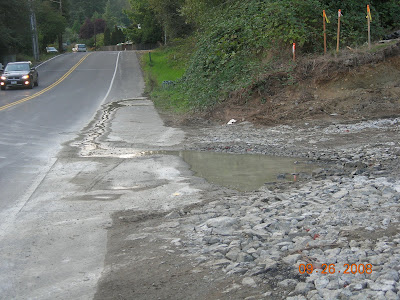 Now, it is not like there aren't regulations in place in the city of Kenmore that are supposed to prevent this situation. Here is a link to a PDF version of Kenmore's regulations - Erosion Control Posting Notice. (In fact, this notice is supposed to be posted at the construction site) This particular construction site is not tucked up some dead-end road somewhere. It is located on a fairly major east-west road in northern Kenmore that I'm sure the city building inspector has to drive down at least occasionally. As further evidence that the inspector must have seen this situation, for a time a red "Stop Work" notice was posted on the single new house that is under construction so far on the site, so obviously the building inspector has visited. I would love to know why in the world does he not enforce the erosion control requirements.
I wonder why there isn't even a white construction notice board on the site?
About a year and a half ago Little Swamp Creek was impacted by inadequate erosion control measures and inadequate storm water collection from a couple of construction sites well upstream, within the city of Bothell. This is what the stream looked like all of the time for days in our yard - 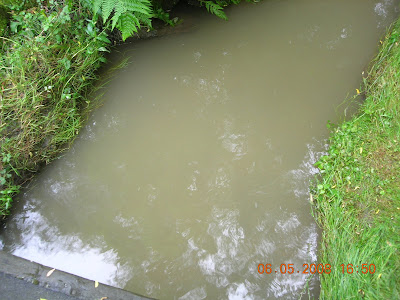 Usually the water is silty after a good rain, but that clears up fairly soon. Not only was the water not clearing up, it was a strange, lighter silty color.
A little detective work led to the discovery of this pipe draining muddy water off of a construction site on 3rd Avenue SE - 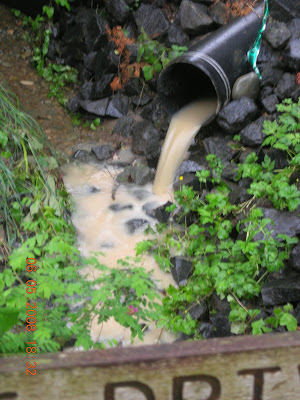 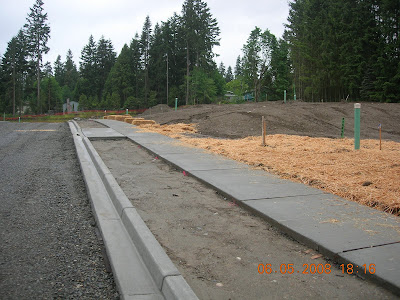 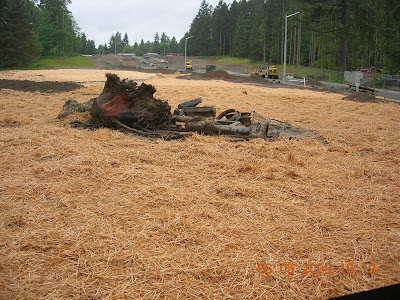 Evidently the storm water collection vaults were overwhelmed and not functioning properly. Maybe due to the lack of erosion control?!! (This hay had obviously been spread VERY recently) Work was stopped on at least one of the projects and it's vault needed to be pumped out immediately. We were thankful to the City of Bothell for responding to the problem right away.
Here is a recent picture of a very large construction site in Bothell that has been sitting for quite a while without any action. It looks to me like it is a good example of proper mulch application, with a nice thick layer of straw covering all of the dirt. Once again, it looks like the city of Bothell deserves special recognition for actually enforcing the regulations that are in place to protect the quality of our waterways. 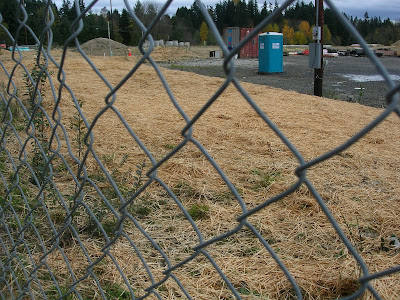 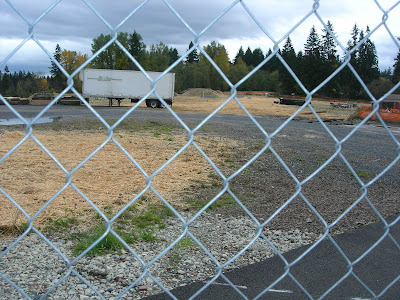