The most exciting creatures that we've seen in our yard so far this summer were probably these two sweet fawns passing through with their mother.  I couldn't believe my eyes.  Deer always seem to appear on drizzly, dark days (so unfortunately my photos of them are always a bit blurry).  They eventually headed north into the protection of the stream buffer across the street.
We've been seeing more rabbits than ever this year.  In fact, just this weekend our neighbors discovered a rabbit burrow complete with babies in the middle of their backyard lawn. Here's the cute little guy that was in our front yard earlier this summer - 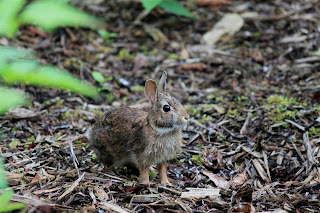 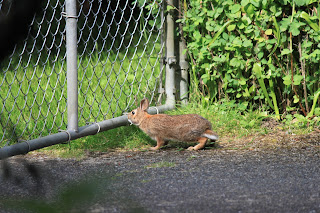 I'm still wondering if the rabbit population has increased since the coyotes aren't around like they used to be.
Oh, and they are "cute" as long as they aren't in our vegetable garden... 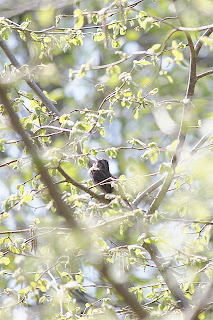 which had been singing to me all winter and spring from this tree, had babies.  It was hard to miss the presence of the young ones because they made such a racket, especially in the late afternoons.  They would hang out under the parent's favorite little tree and squawk.  I can't believe I managed to sneak out the door and get a photo of the parent feeding the juveniles, though it is a rather blurry shot... 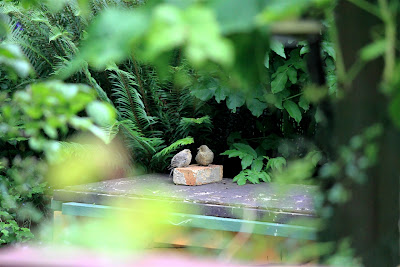 Yes, the juveniles are bigger than the parent!
Every year we have a new robin's nest on either our grape or wisteria arbor.  Here's a parent sitting on this year's nest (this year it's the wisteria)  - 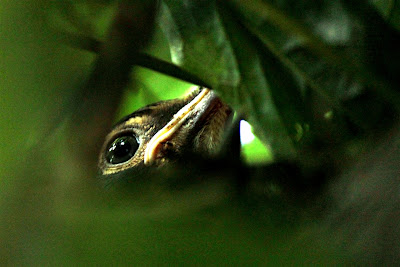 I love the brilliant head feathers of these sapsuckers.  I think there are matrices of their little pecked holes on ALL of our willow trees. 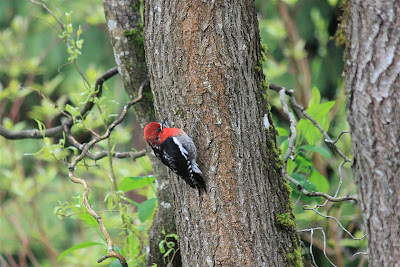 This is one of the Red-tailed hawks that inhabited the nest in a cottonwood in the wetland behind us.  I'm so disappointed that I can't take pictures of what happens in the nest once the leaves come out and block my view.
This, I believe, is one of the adults flying on a maiden voyage with it's fledgling in early July -
They were circling above our yard and one of them was making the screeching sounds that the young do in the nest.  The young one is like a dark shadow in all of my pictures - 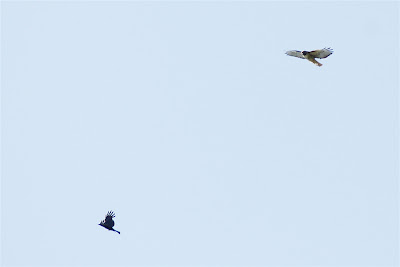 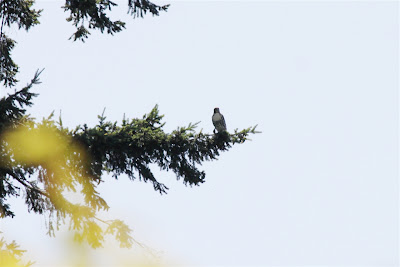 Right after I took that picture it disappeared.  Only to reappear flying RIGHT over me (and the chicken run, which I'm sure was it's target).  My picture of it flying over the stream through the trees in our yard is just a blur, but you get the idea.  That was crazy. 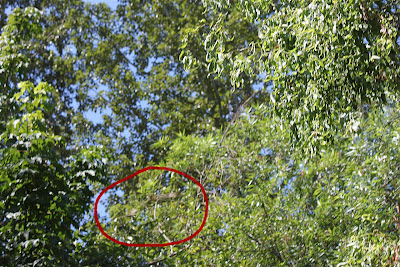 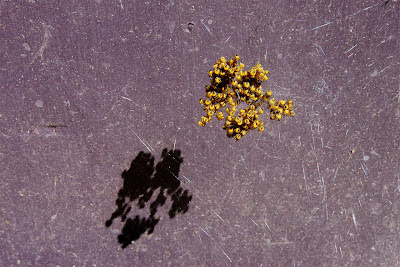 Wads of tiny garden spiders were all over the place by the end of May.  Now I'm walking through their spider webs everywhere!
Next post -- focusing on the stream.
Posted by Stream keeper at 6:27 PM