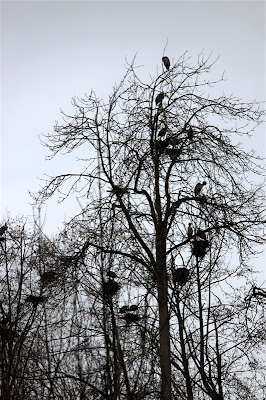 I spent a little time down at the Kenmore heron rookery in mid-February watching, listening (quite spellbound by the crazy noises being made) and taking pictures.  It appeared that the heron were in the midst of fixing up nests, showing off to potential mates and being very territorial.  I regret that I didn't make a sound recording while I was there, because in the times that I have been back there since I have not witnessed the same cacophony.

I had never seen heron flare/puff up their feathers before.  What a show!  Here are several pictures of varying degrees of showiness - 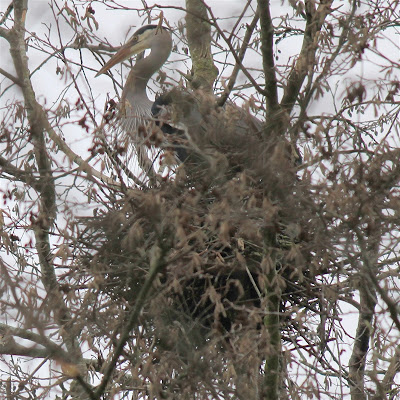 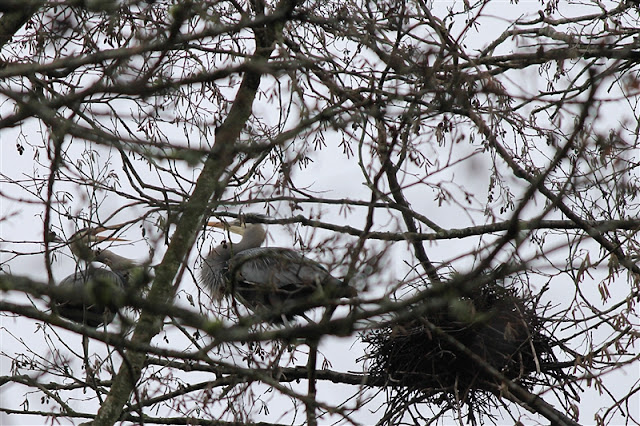 And some other miscellaneous photos of the heron.  Too bad it was such a dark, gloomy day - 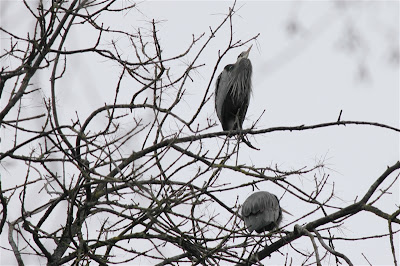 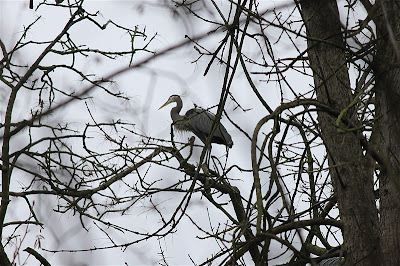 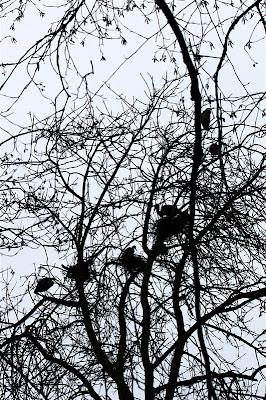 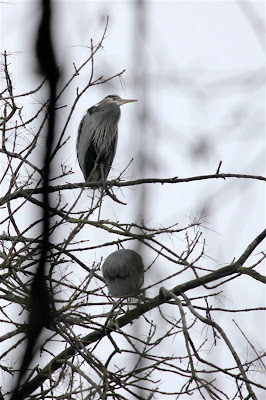 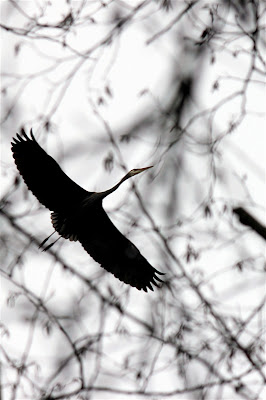 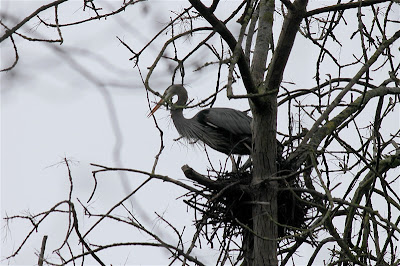 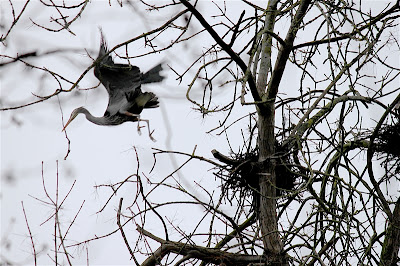 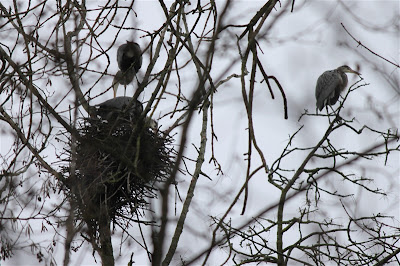 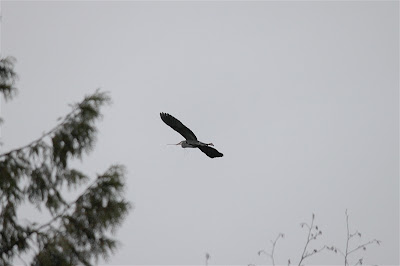 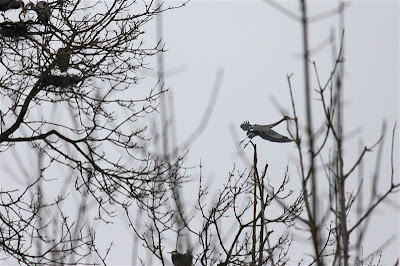 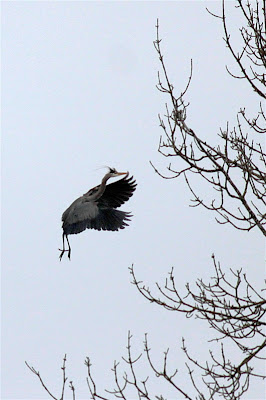 A Metro bus driver who was on his break at the Park and Ride told me that the babies make quite a racket.  So I still have a chance to record some crazy sounds down there.

Posted by Stream keeper at 5:52 PM