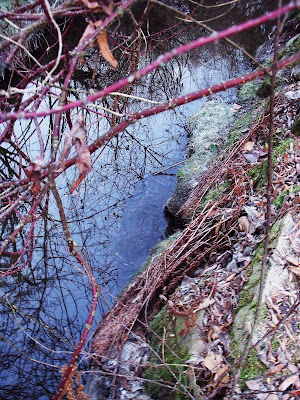 Earlier this month we had record-breaking cold temperatures. Near the end of that cold spell I happened to notice something I had never seen on the stream before - ice on the surface. It was just a small patch along the edge of the stream, but surprising nonetheless.
Here's a closer shot - 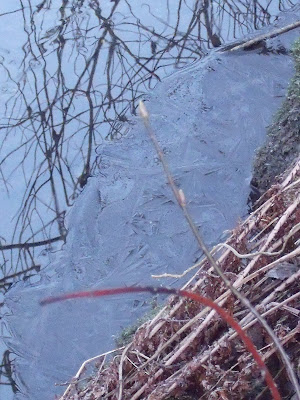 The stream looked like it was steaming on those really cold days, which was amazing to see. Unfortunately, I wasn't able to capture that well in a picture. 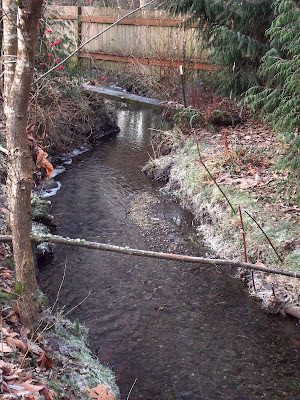 I was quite surprised to see that the water level of the stream was down as far as it ever gets in the summer. Can you see the patch of pebbles in the stream bed that were dry? I don't think that this low water level was caused by a lack of rain, I think it was because the ground was frozen. It had been seriously cold for a while by then.
Several days after I took those pictures we had a downpour. Here's the stream in the beginning - 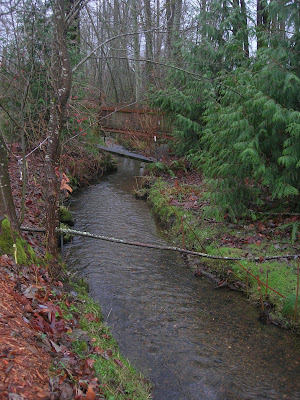 And here are shots from several hours later - 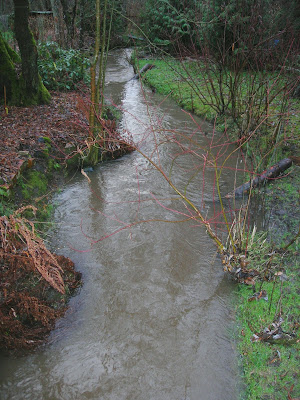 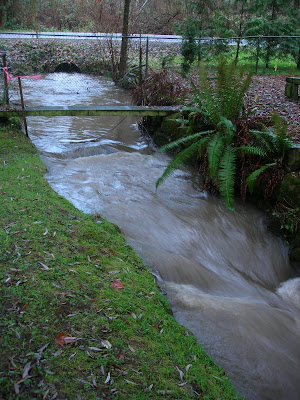 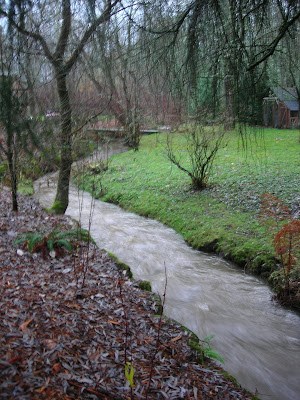 Yuck! It is amazing how dirty that runoff water is. One of these days I'll take a walk upstream with my camera and see what the quality is like at different points along the way when we have a good, strong rain. I suspect that runoff from surface of 80th NE causes a lot of this, since the stream takes the runoff from a good stretch of it, but I could be wrong.... One good thing about the Brightwater project near our house being at a standstill for a while is that there haven't been dump trucks dripping mud all the way up 80th as they head to the freeway with dirt from the tunneling project.
Posted by Stream keeper at 4:15 PM