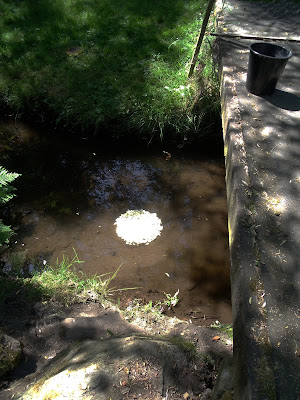 I think it's about time for another visual update of my white rock experiment. First a little review... 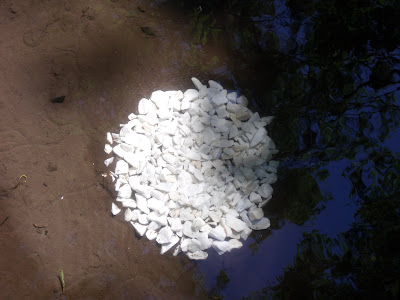 This is the original circle of white marble chips placed in the stream bed on June 4th of this year. It's about 18" in diameter. My plan was to get this white rock circle set up before we had a good, hard rain. My motive was to be able to show how much silt is carried downstream/deposited in the stream bed by all of the runoff from a good rain. I was also curious to see whether the speed of the increased water flow from a rainstorm would move the white rocks downstream. 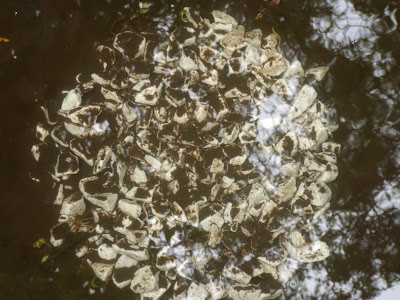 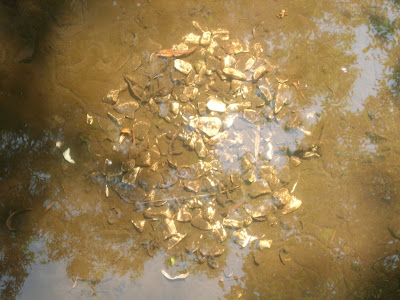 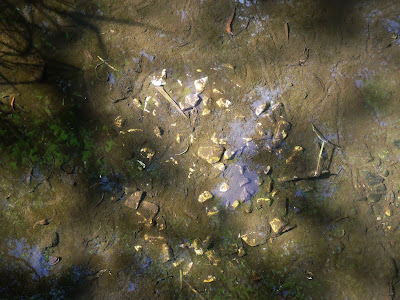 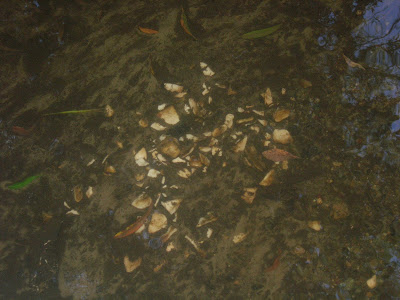 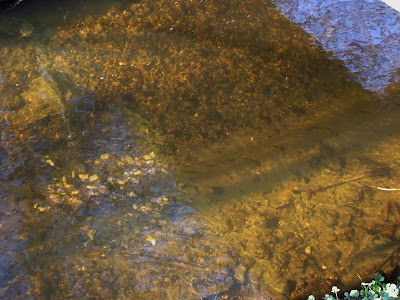 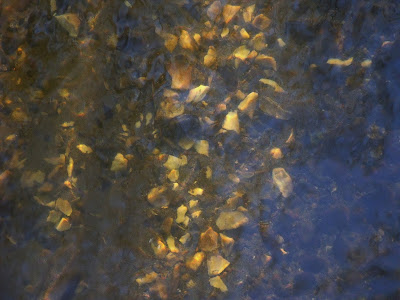 Here is a close-up of the situation after nearly 6 months. The white rocks have been partly buried by pebbles and sand. The evening of Nov. 25th we had a lot of rain, and the next morning the stream level was as high as I've seen it since last winter. And this afternoon I noticed that some of the white rocks had finally actually been pushed a foot or two downstream. Interesting.... 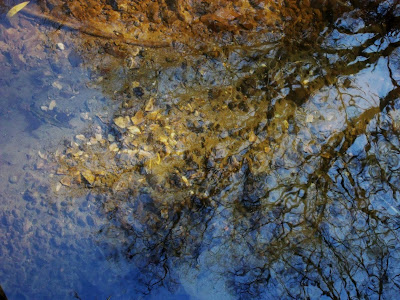 (the stream flows from left to right in this shot. You may barely be able to make out the fact that the white rocks have spread downstream a bit)
Posted by Stream keeper at 2:45 PM