We knew this weather system dubbed a "pineapple express" was coming, and it was predicted to hit us with a bunch of rain starting on Saturday the 11th.  But for some reason the threat posed by Little Swamp Creek flooding our yard and crawlspace had faded recently since the stream has basically stayed within it's banks for the last few years.  Unfortunately, this was what we woke up to on December 12th  - 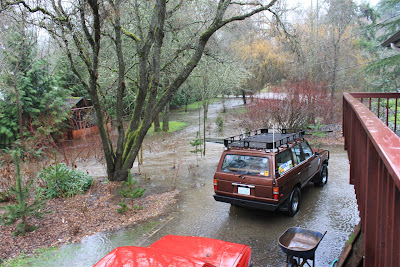 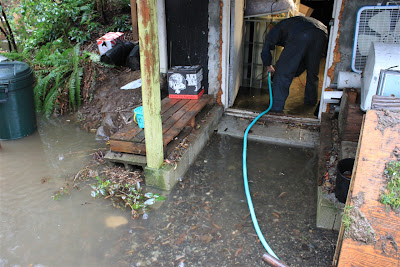 The flooded stream was up just even with the top of the threshold of the door into our crawlspace.  Which means that water had already been coming up through the silly floor drains (they never have drained, only flooded, the crawlspace) and was flowing out of the ground from the unfinished part of the crawlspace and into the "finished" (barely) storage area down there.  We owe our amazing neighbors Carol and Matt a HUGE thank you for helping us schlep stuff out of there.  Thanks so much, you two!
Going back a few days earlier, I took a couple of pictures of the stream because it was running at a level higher that I think I had seen it since all of the streambank planting was completed.  These pictures were taken on December 8th.  The water had gotten high enough to go around/behind the large woody debris placed just south of the foot bridge  - 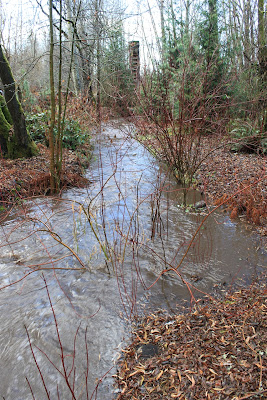 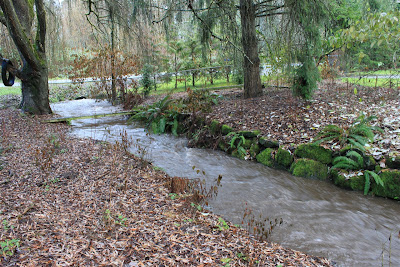 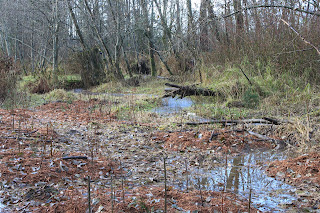 But, in fact, this is what it looked like behind the fence on Sunday morning when the area was flooded  - 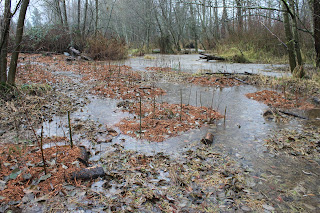 We've seen the water go over the street a handful of times in our 12 years here, the last time being in 2007.  It's an intimidating thing, even if it is only a few inches deep on the pavement on this side of the street  - 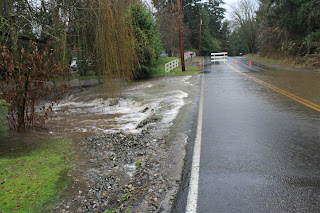 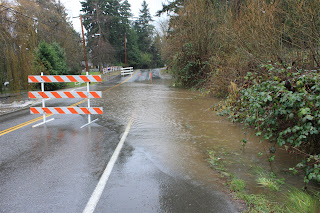 People in trucks didn't hesitate to drive right past the barriers.  I watched one truck go around this barrier on the shoulder, and I'm sure they had no idea how close they were to driving their wheels right off the edge and laying their truck over into the space where the north end of the culvert is
More shots from the flooding on December 12th - 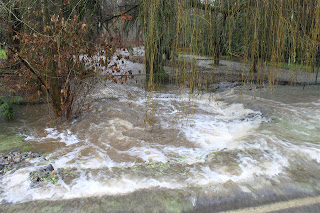 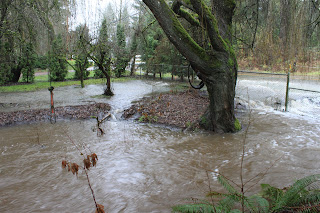 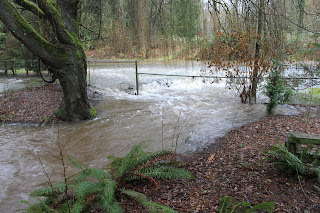 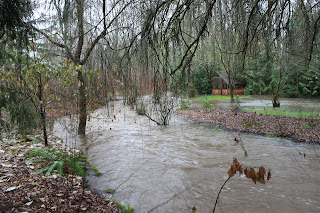 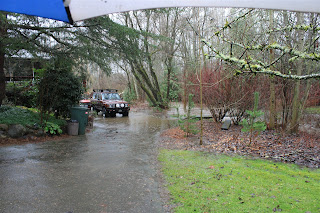 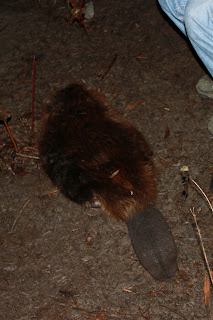 Late the night of the 12th some guys driving by discovered a beaver in the middle of the road in front of our yard.  It seemed that someone must have hit it with their car.  They moved it to a safer spot in our yard so that it could hopefully recover, but it didn't make it through the night.  I'm always amazed at how huge beavers are, actually.  This is the second beaver road casualty that I've seen in our general area in the past several years. 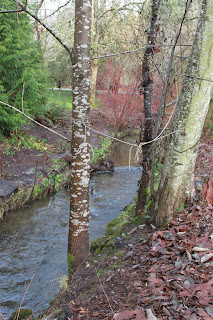 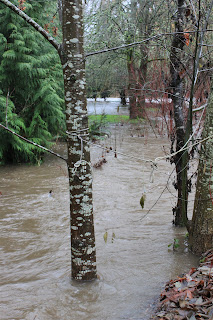 How's that for before and after shots?!  The 12th vs. today, the 16th.  Though there is still a lot of water in the stream, it's getting back to normal.
Here's what the newly planted area looks like behind the fence today  - 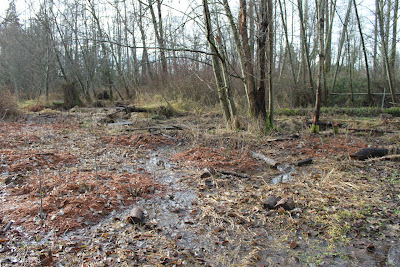 Looks like the high water washed away the leaves from the willow tree that we just let be, plus some mulch was scoured away  - 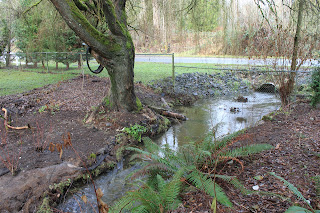 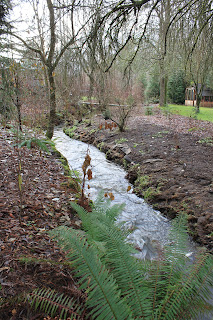 The downstream end of the culvert is a bit worse for wear, and the outflow of the little culvert that runs under our driveway in the ditch is basically blocked  - 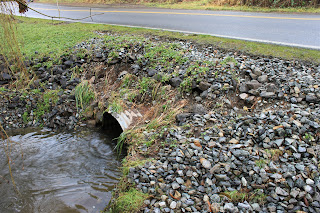 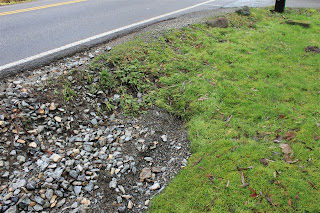 But we sure can't complain, considering the flooding that other people in our community experienced.  Here's a link to an article in the Seattle Times the next day that featured a picture of a house/business nearby that was flooded by the waters of Swamp Creek -  Rivers recede as residents deal with the mess
Posted by Stream keeper at 12:56 PM